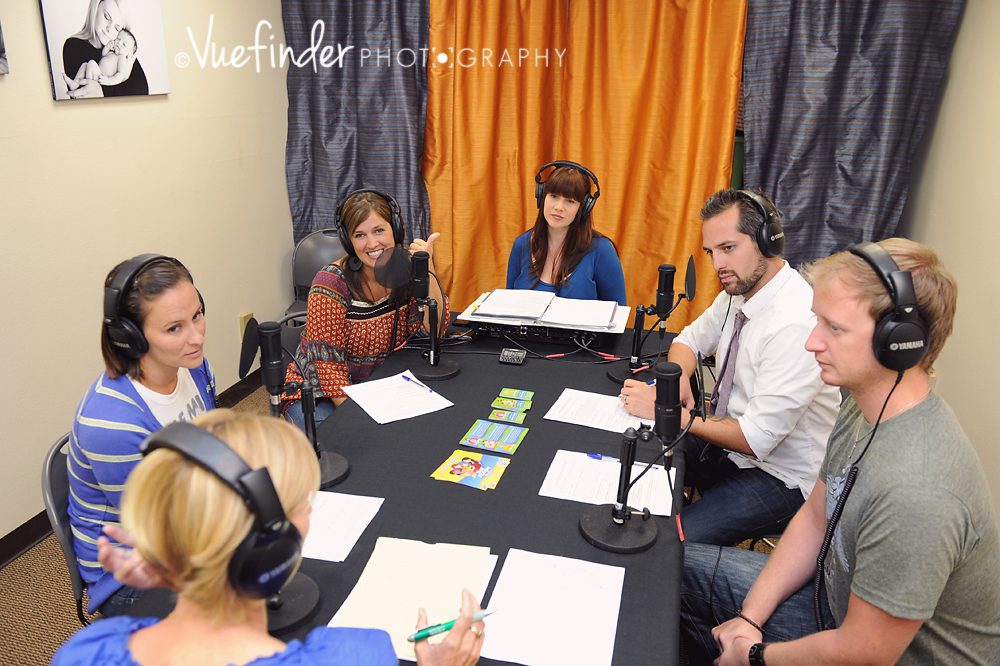 Q & A with Sunny Gault from Preggie Pals and more

I produced my first podcast in 2005. My background was in creating and producing content, but I really had no idea what “podcasting” really was.

I literally went to the bookstore and bought a book about it. That’s how I learned about RSS feeds and how to properly format and upload files. From there, I had to create the content.

I was once told you should always create shows based on something you’re passionate about or an area where you’re considered an expert. The one thing I’m really passionate about is telling people’s stories. That’s what I did previously as a television news anchor and reporter- I told stories and updated people on what was happening in their community.

Knowing there was little need for another boring newscast, I decided to spice things up a bit. My first podcast was a daily videoblog called “Anchor in PJs”. I wore PJs, sat in my backyard and told funny news stories. I’m sure you can still find old episodes online.

Anchor in PJs caught the attention of executives at Veoh Networks, who hired me to produce a show called “Viral” that went behind the scenes of people creating online video series. Through that show, I eventually interviewed all the people I originally read about in the first book I bought about podcasting. I’ve been producing online content ever since.

As I previously mentioned, my background is in journalism. I’ve worked at television news stations across the country. My experience working in smaller television markets taught me how to produce content from start to finish, including story selection, scheduling interviews, writing scripts, shooting videos, voiceovers, editing and presenting all the information to our viewers on-air.

The one thing I couldn’t do was reach an audience outside my market. Local television is limited to specific markets, or cities. The ability to produce content online means anyone can benefit from it, regardless of location.

That was very exciting to me.

Not having these boundaries also means we have access to more information. Television has to appeal to a wide demographic, but podcasts can be very niche which allows you to create a more intimate relationship with your audience, so they feel more connected to your content.

It’s also great for advertisers who want to focus their marketing efforts.

What are your shows about?

I took the same advice and created shows about something I’m passionate about; my children.

My company currently produces three online radio shows focused on new and expecting parents.   Our format is unique because each episode features a host, expert and panel of parents discussing issues relating to pregnancy, new parents and breastfeeding.

So much of my life as been focused on my career and I really didn’t know anything about parenting until I became pregnant with our first child. I created these shows for people, like me, who are passionate about becoming the best parent possible, even if they have to start from scratch. How are your shows set-up?

To be honest, it’s a tough set-up and I had to learn a lot of things the hard way.

Even though my background is in video, I knew these shows needed to be audio because new parents don’t have time to sit down for long periods of time and watch videos.

They need something they can listen to while they’re cooking dinner, folding the laundry or pushing their stroller at the park.

We record our shows at The Birth Education Center of San Diego, which is important to mention because it’s closely-related to the content we’re producing, so there’s some natural cross-promotion between our two businesses.

Our episodes feature between 5-7 people, and we record at least four episodes at a time. This saves time and money. We then release those episodes, once a week for the next month.

To encourage discussion, we have everyone sit at a large table. We have five microphones (AT2020) which work great in any studio environment. We also added metal pop filters to eliminate any unnecessary popping noises, which I highly recommend since this is something I learned the hard way.

Everyone has their own headphones (Yamaha RH3C Closed Circuit) which are connected through an amplifier (Alesis, 6 channels). Everything is then sent through to our mixer (FocusRite Sapphire Pro) and recorded through Soundtrack Pro.

Each microphone is recorded on a separate track so we can eliminate any unnecessary noise in post-production. Most of our experts and panelists travel to our studio for the tapings, however, we also interview special guests via skype.

How have you promoted your shows?

Broadcasting from The Birth Education Center of San Diego has helped raise some awareness since our demographic is so similar. We’re also in the process of developing strong relationships with pregnancy and parenting organizations and attending relevant fairs, expos and conventions.

Online, we’re starting to partner with popular websites and blogs who are attracting the same type of audience. Most of the time, these sites aren’t creating audio or video content, so it’s a great way to cross-promote because we’re adding value to their site.

Mommy and daddy bloggers are also a great resource for us. We give them a segment on our show in which they record their most popular blog posts and they promote the episode to their readers once it’s released. This gives them a new kind of voice and it introduces our shows to a whole new audience.

Facebook is also a huge part of our grassroots marketing efforts because so many new parents are using the site.

We always take behind-the-scene photos of our tapings. I add our show logos to the photos and upload them to facebook, tagging everyone in the photo so it appears on their timelines. I also use RSS Graffiti to automatically post all our new episodes and blog posts to our individual show pages.

When a new episode is released, I post the episode link on the pages of everyone who participated in that episode. This creates some great buzz about each episode and it’s absolutely free! If I have an episode that’s extra special, I’ll pay $5 for a promoted post.

Nothing. I’ve made some big mistakes and I’ve been through some rough times, but that’s how I learn. And through that process, I’m pretty much guaranteed to not make the same mistake again.

So are you or your loved one an expectant mother, breastfeeding mom, or a new parent? Then you really must subscribe to any of the New Mommy Media shows. If you have any questions or feedback for Sunny, you can email sunny (at) newmommymedia (dot) com.