How To Podcasting Tips and Promotion From Podcasting Luminary Heather Ordover 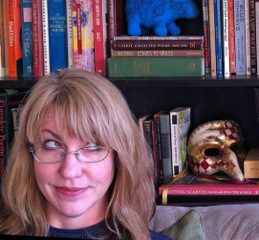 Starting a podcast is a pretty simple. Staying committed, inspired and consistent in publishing your podcast is a whole other matter.

In our Podcasting Luminary Series, we share the voices of podcasters that have been podcasting for 5 or more years and have them impart some of their best podcasting wisdom grounded in experience.

[quote style=”boxed”]“The show started as a way for knitters and other busy folks to have something to listen to while their hands were otherwise occupied.”[/quote]

Heather’s insight offered so much actionable advice on how to make a podcast that we decided to split her interview into two! In part two you’ll get to dive into the business of making a podcast, now, it’s all about why podcast? Promotion, refining your brand and podcast workflow.

I love books and I love being read to. It was as simple as that in the beginning. Once I got started and saw how many others liked what I liked I knew I’d found my niche.

I know a lot of ’casts that started at the same time as CraftLit and are long-gone, but I can’t stop. I certainly can’t stop mid-book and then by the time we’re finishing up one book I’ve gotten jazzed about another, so I’m always somewhere in the cycle.

CraftLit will go on until I drop.

A mother wrote me years ago, right after we finished The Mysterious Case of Doctor Jekyll and Mister Hyde to tell me that her daughter, who is on the Asperger’s end of the spectrum, was supposed to write a paper on the same story and the paper had to focus on emotional elements in the characters.

That’s nigh-on impossible for an Asperger student to pick up on, but her daughter listened to the podcast a few times, wrote her paper, got an A, and graduated on time. I can’t think of a moment when I’ve been more proud of what we do.

On a more personal note, I just received a quilt from my listeners as a thank you for the first 300.

It’s a queen-sized knit and crochet quilt and I will not let it out of my possession.

Not for a second.

It’s the most wonderful gift, ever.

What has changed the most in your recording setup since you started? 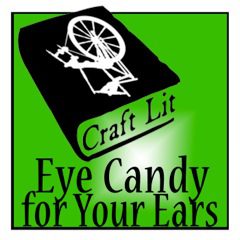 In the beginning I thought it was more important to get a podcast out “on time” or on an expected schedule than it was to have perfect audio.

I’ve learned (mostly by listening to other podcasts) just how much good audio matters in the delivery of content.

Use a mic, people.

Ask me how I know.

What tools on Libsyn have you found most helpful in building your brand/podcast?

Lately, Libsyn has provided a number of tools that I’ve found invaluable. I now have more computer support (via Pennywise Consulting) but when it was just me it seemed the hourly drain of getting a ’cast out just kept increasing with each new wrinkle in social media.

Now that I can automagically post to Twitter and FB and WordPress my life has become my own again.

Without Libsyn I wouldn’t be able to focus on content as much as I can now.

No one finds Craftlit serendipitously and no one has ever reported finding us via social media.

It’s been 100% word of mouth. Because— seriously—who Googles, “knitting literature podcast” or “listen to classics for free”.

When it comes to niche marketing I’m caught in the threads of the Interwebs. But the folks who come to me by word of mouth stay.

I can’t argue with that. And I love my listeners. They’re just better.

For me social media is just a fast way to communicate with my people. Nothing more.

What is your workflow: include hardware, software, text editing, and services as necessary

I’ve settled into a new flow for this school year (all bets are off during the summer):

I don’t think I would have gotten my book series picked up by Cooperative Press if it hadn’t been for the podcast.

Coming to book publishing with an already-there online platform—especially one with a devoted audience—has been key. I would absolutely be having a harder time as a writer and as an itinerant speaker/teacher if it weren’t for the podcast.

What advise would you give a new podcaster so that they keep going!

Only start if you’re prepared for the long haul.

Decide on your format before you start.

Listen to your audio and edit it before posting. Really. I’ve learned.

Enlist a producer to edit for you if you can’t stand to do it.

Listen to your audience and give them an easy way to contact you.

Heather just released a new-and-improved version of A Tale of Two Cities (20+ hours of audiobook fun!) If you wanna dive into some of fun fun fun reading/listening, which you should…you know summer time is coming!

[box]If you’re all amped up to create a podcast, and make it as niche a podcast as you want, then host your podcast with us![/box]