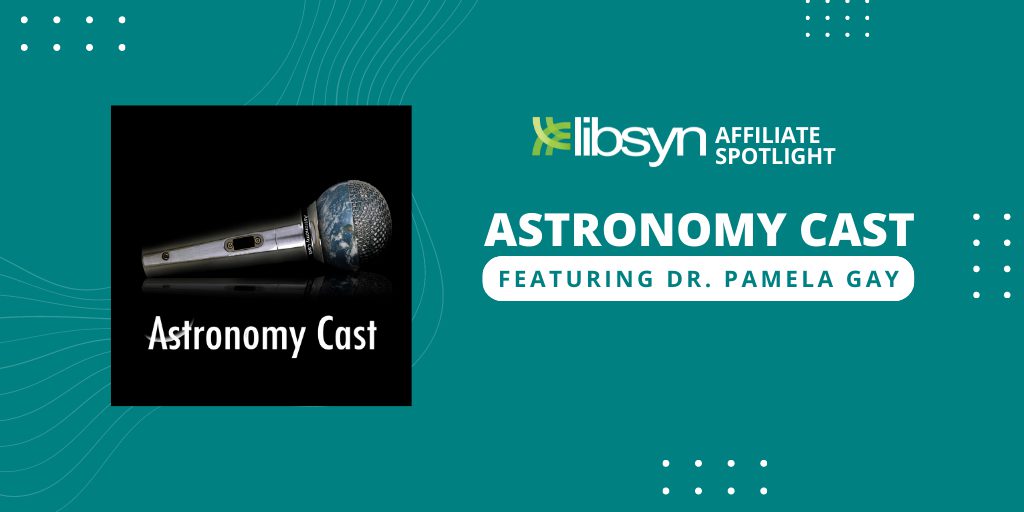 “Becoming an affiliate was a no-brainer, especially because Astronomy Cast now has a promo code (ASTRO) that gives listeners 2-months of free Libsyn hosting.”

Last month, astronomers announced they captured the first picture of a supermassive black hole at the center of our Milky Way galaxy! That got us thinking about our friends at the Astronomy Cast podcast, so we reached out to Dr. Pamela Gay for her thoughts and figured, hey, let’s do a little Q&A while we’re with her!

“The reveal of the Event Horizon Collaboration’s image of Sagittarius A* is an impressive feat. What is more impressive is the scope of the collaboration, using a global network of existing telescopes to make the observation. On top of that, when comparing the image of M87* and understanding the difference in size between the two black holes, the computational effort alone is astounding.”

What’s your name — tell us about yourself?

My name is Dr. Pamela Gay, but Astronomy Cast is really a collaboration. Fraser Cain (publisher of Universe Today) and I have been co-hosting Astronomy Cast since 2006, and we rely on our team: Nancy Graziano, Richard Drumm, Beth Johnson, and Ally Pelphrey.

What’s the name of your show and what’s it about?

Astronomy Cast takes our audience on a facts-based journey through the cosmos. We help folks to understand not just what we know, but how we know what we know about this universe we share.

What got you into podcasting?

Back in early 2005, I heard from a friend how podcasting was being used to spread religious ideas to tech-heads, one serialized download at a time. We got to talking and pulled in another friend and launched Slacker Astronomy for fun. Changing careers pulled us in different directions, but I was hooked on podcasting. Phil Plait (The Bad Astronomer) told Fraser and me, “You should collaborate.” Seventeen years later, I think we can say that Phil was right! Podcasting has become the cornerstone of a career dedicated to getting people engaged in learning and doing science.

As a successful podcaster, how have you grown your listeners? What advice can you share
with others?

The most important thing you can do as a podcaster is just show up. Over the years, too many really good podcasts have failed to thrive because they had really hit or miss publication schedules. The saddest part is that a lot of times, delays were caused by folks letting perfection be the enemy of good. You aren’t going to be great your first season. None of us were. But you can be good, and you can learn, and you can grow, and your audience will grow with you… as long as you show up.

How long have you been a Libsyn affiliate? What made you decide to enroll?

We’ve been with Libsyn as our podcasting host since day 1. Over the years, technologies have evolved and the Libsyn team has always been there to help us take advantage of the latest innovations. I’ve been talking up Libsyn all along, and now Libsyn is going to let me do what I was already doing and reward us! Becoming an affiliate was an absolute no-brainer, especially since we have a promo code (ASTRO) that our listeners can use to get up to 2-months of free Libsyn hosting.

Who is your dream guest(s) to have on your show?

I would love to talk science with the fiction writers of some of my favorite Sci Fi books and shows. I was super inspired by the Apple Podcast that accompanied their Foundation series. To be able to ask, “What inspires you?” to the kinds of folks that have always inspired me would be amazing.

Where can fans find more info on your show?

If you would like to be our next Affiliate Spotlight guest, please reach out to [email protected].

If you aren’t already a Libsyn Affiliate Program, you can enroll here. 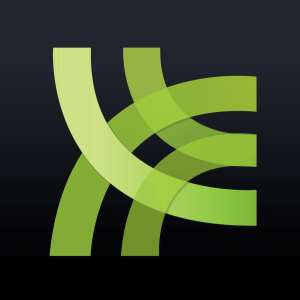 How to Get Featured on Apple Podcasts

Join Us for the 2022 Podcast Hall of Fame Induction Ceremony!