Does your long-term media plan include an audio strategy? It should. After listening to a recent episode of Sonic Truth, the possibilities of podcast advertising, its current power and dynamic evolution, is apparent.

Recognizing that more and more people are listening to podcasts to learn, inform and entertain, means a market just waiting to be tapped — and it is. This particular episode spoke to the eminent value of the host-read ad, but also offered new ideas about incorporating pre-recorded programmatic ads into the mix.

It detailed the unique collaboration of the podcast ad network, the advertiser, and the attribution service, as well as the many data points that could be mined from audio campaigns.

1. Collaboration with a Podcast Advertising Network

If you are planning to try an audio campaign, the best thing you can do is to partner with a network. A network can help you parse through the ad inventory available, align content and determine a buy that meets your target and budget. Those in the industry know what has worked before for similar or adjacent companies so their starting point is far more informed.

In addition, they will know best how to parse creative assets, pre-recorded or host-read, to achieve the reach and results you want. They know their show demographics inside and out. For a recent B2B campaign that HubSpot ran with AdvertiseCast, the target was specifically business decision-makers.

Because of the ability to track engagement via attribution pixels, podcasts are tops for testing creative assets and unearthing impressive data about what works and what doesn’t. You can test host-read via pre-recorded ads. Try testing one creative approach vs. another. You can test almost anything to hone creative and target for far less expense than traditional media buys.

For instance, HubSpot not only tracked conversions, but was able to compare traditional ad assets to a new riskier “Pirate” campaign to see what worked best. No other medium provides this level of tracking.  The results are invaluable.

3. Did We Say Invaluable?

The same HubSpot campaign drove above benchmark conversion rates and a 20% incremental lift across three categories: awareness, favorability, and intent, according to a study conducted by Veritronic. As a result, HubSpot became more secure in embracing their “riskier” Pirate campaign and running it globally as well as having data on which to build future campaigns.

4. The Future of the Audio Space

… is overwhelmingly positive. According to everyone involved, Katie Boline of Hubspot, Marques Pfaff and Reggie Risseeuw of AdvertiseCast, and Kristin Charron, VP of Marketing at Veritonic, podcast advertising continues to trend upward and its potential is incalculable. More and more, investment in audio as an advertising medium allows buyers to both pinpoint target and mine attribution data and brand metrics, unlike other ad vehicles.

Katie from HubSpot also mentions some things she’d like to see happen as the medium evolves, but you’ll have to listen to the podcast, Taking Risks, Measuring ROI, and Development of Long-Term Strategy in Audio to hear what she has in mind! 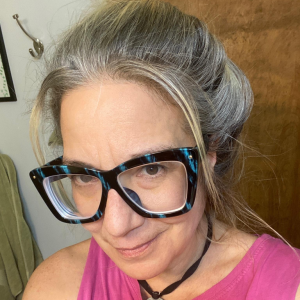