019 Experiment On Keyword Algorithm For Podcast Episodes In iTunes, The Truth About New And Noteworthy And Editing Your Categories in Libsyn 4 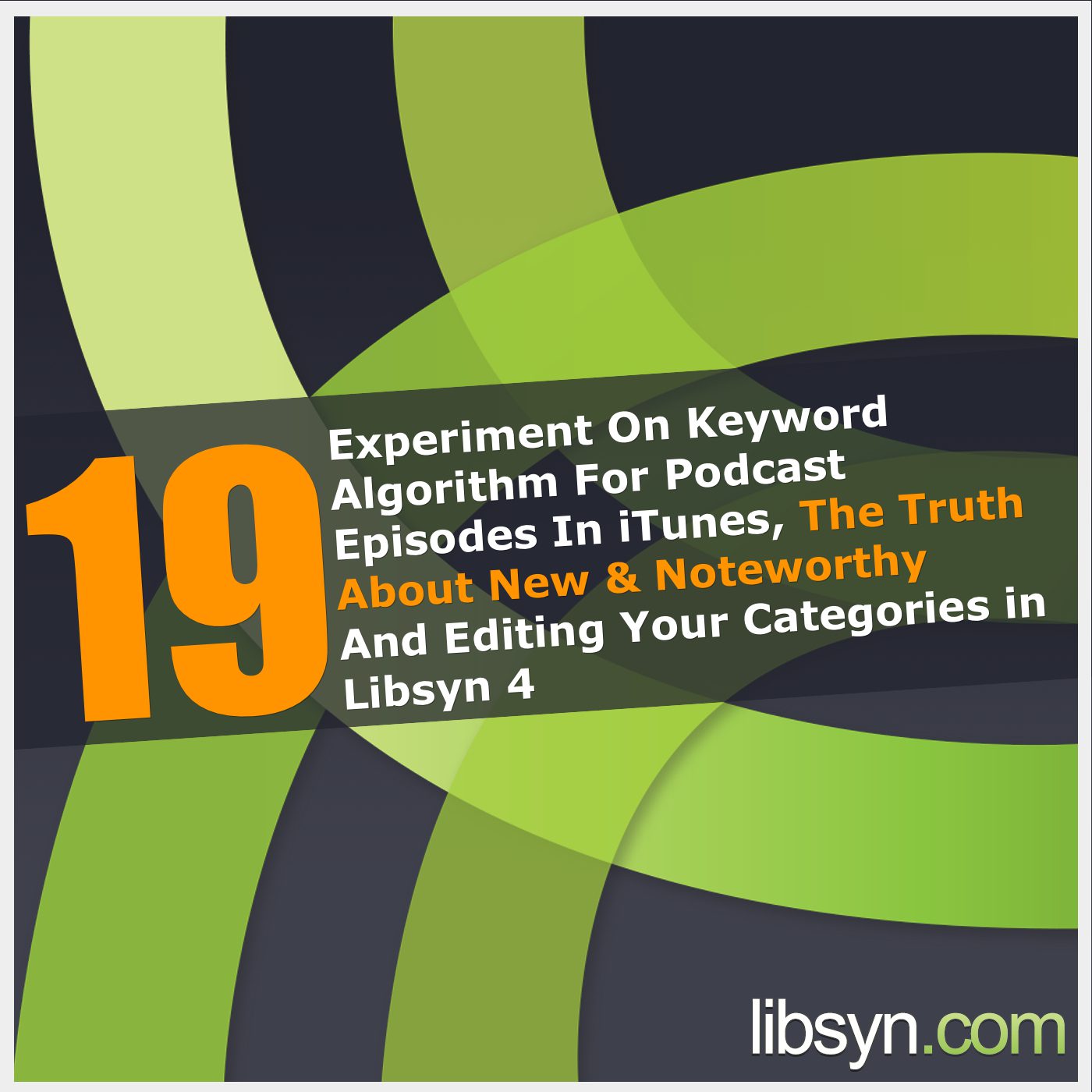 Newest Articles on the Libsyn Blog, Podcasting Links and mentions

Podcasting Articles and Links mentioned by Rob and Elsie

HELP US SPREAD THE WORD!

If you dug this episode head on over to iTunes and kindly leave us a rating, a review and subscribe!

Ways to subscribe to The Feed: The Official Libsyn Podcast

You can ask your questions, make comments and create a segment about podcasting for podcasters! Let your voice be heard.