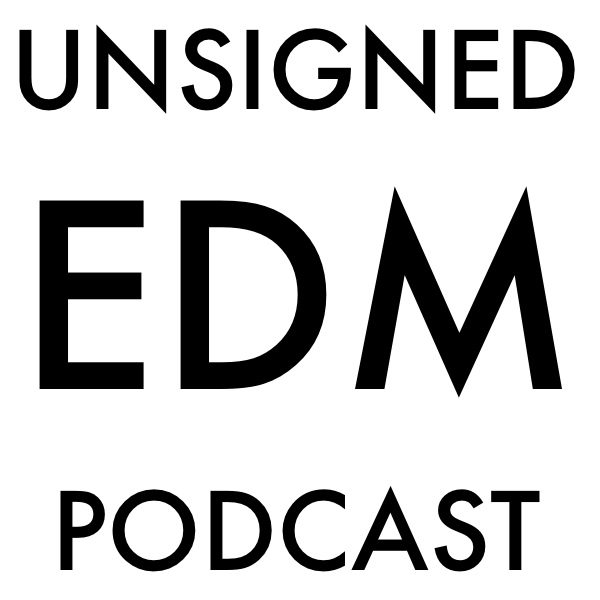 Q & A with Scott from The Unsigned EDM Podcast

I have another podcast at GoodPodcasts which is a podcast about podcasts(!) – it started in February 2014, the website had been already been running for a number of months before I decided to add a podcast to it.

I started the Unsigned EDM Podcast just recently – my work with GoodPodcasts means that I am reasonably familiar with quite a lot of podcasts, and while there are shows that feature unsigned guitar bands, there weren’t really many for electronic music.

From having the idea to do the EDM show, it went very quickly to having a initial basic website 1 week later, gathering tracks, and the first episode was out only a couple of weeks after that.

It really does highlight the fact that if you want to do a podcast – just do it!

There is nothing holding you back.  Unless you’re aiming to be totally professional from day one because it’s a corporate thing perhaps, don’t worry about being rough around the edges or getting everything perfectly into place for the start, just add and refine things as you go.

You’ll probably find that as you get an audience they will actually guide you in a direction you hadn’t thought about anyway, or help you in other ways – one of the EDM artists featured in episode 1, Riddles McCarthy, even designed the Facebook cover logo for me which was a huge help given that I only got a grade E in Art at school!!!

With GoodPodcasts, as the website was about podcasts it seemed slightly daft not have a podcast for it!

One of the other reasons I started the podcast was as a different way of getting the website found – via an iTunes search rather than a Google search.

Initially the podcast was just reading out the reviews from the website, but since then, the show has changed format and has introduced ‘sketch’ reviews.

To be honest the statistics have dropped off since introducing that aspect of the show but I’m not bothered as it’s much more interesting to produce, allowing me to fulfill creative urges(!) and it’ll find its natural audience eventually!

As for the EDM podcast, I always used to make tapes of music for friends when I was younger, and one of the great feelings about that was if they loved a track on it that they had never heard before.

As everyone on the Unsigned EDM Podcast is a ‘bedroom’ producer then hopefully I can help to bring their fantastic tracks to a wider audience that otherwise wouldn’t have heard them.

The Unsigned EDM Podcast highlights all genres of electronic music being made by ‘bedroom’ artists across the world.

The microphone is a relatively cheap Samson Go Mic and as far as microphone bits goes, that’s it!

No mixer, no pop filter, no stand – I just hold it up to the side of my mouth…maybe that’s why I have to keep editing out swallow sounds and mouth clacks!  Eww.

The bit the microphone plugs into is more expensive though – a Macbook Pro running Logic Pro X.

I originally started podcasting using GarageBand but when I started moving towards the ‘sketch’ reviews for GoodPodcasts I wanted a wider library of loops and samples along with more options to tweak things…not that I’ve done a lot of that yet as all of the options are very overwhelming, there’s a lot to learn!

I have also used Audacity in conjunction with Soundflowerbed to grab a couple of audio clips from things like YouTube videos (for example the clips used in the GoodPodcasts James Bond episode.

For the small bits of original music I have created for the show, I used Logic, GarageBand and DM1.  For the music in the GoodPodcasts ’Succotash’ show, I actually made that jingle just using Garageband on the iPhone!

What do you mean, it sounds like it?!  Cheeky.  I have also used http://freesound.org to source some free sound effects.

The website is WordPress, and so far I’ve only used free themes and plugins.  Useful plugins are All In One SEO, Pretty Link, Akismet, and the Speakpipe widget to allow people to leave voicemails easily.

I mentioned earlier that my art skills are lacking but I’m going to look at revamping the artwork – I have used Pixelmator, and I’ve just started using Logoist which looks like it might be quite a good tool to help someone as artistically lacking as myself!

Aside from hardware and software, I guess that there is also the recording environment to consider!

With a 2 year old knocking around the house (and a full time job!), recording during the day is out of the question, so I usually have to wait until everyone is in bed – which means it’s lucky that the podcasts are audio only so you can’t see my bleary eyes!

No special effort is made with soundproofing, other than moving the ticking kitchen clock if I ever record in there!

Facebook – I have a page for GoodPodcasts and Unsigned EDM Podcast, but I don’t know whether or not to carry on with them.  Facebook’s algorithms mean that post reach is pretty poor, and the few attempts I have made at ‘boosting’ a post so far haven’t yielded great results.

I’ll try a few more experiments though before I give up, people like Amy Porterfield have plenty of Facebook tips so I’ll try and take heed!  Part of the problem with Facebook pages is the fact that the mobile app (which is what I primarily use) doesn’t let you see a news feed (like the feed you see in your own ‘normal’ Facebook account), which makes interaction with other pages and people difficult.

This simple addition to the mobile app would make a huge difference, I don’t understand why Facebook doesn’t add it?!

Twitter – This is the main way I have found to promote the podcast, using it to make connections with podcast fans and producers, to share information about the shows, to recommend links for other podcasts, music tracks etc.

I also use Buffer in conjunction with Twitter to schedule some tweets.

Pinterest – I have started some Pinterest boards for different genres of EDM – it’ll be interesting to see how it goes as I tried a similar thing for GoodPodcasts which didn’t really get any traction, I’m not convinced that Pinterest is the best place for my type of show, but I could see it working more for a self-help podcast maybe – motivational quotes and images?

YouTube – More for me than anything else I have experimented with producing some videos to go along with the audio of the podcasts.  It is really more of a learning thing for me to explore video editing software so I don’t expect big results from any videos I put up, it’s just a bonus.

If the videos ever get better(!) I might make more of an effort to promote the YouTube channel, but currently the effort to produce a video isn’t worth the benefit in search traffic.

Soundcloud – Given the nature of the EDM podcast, a Soundcloud account is essential to make contact with artists, but I have also been using it myself to put up ‘sampler’ versions of the podcast which in turn point to the main episode elsewhere.

Email – When episode 1 launched, I emailed everyone I made contact with over the preceding few weeks to let them know it was out and it definitely resulted in a big spike on day one that otherwise wouldn’t have been there.

Part of the issue with the success/failure of the above is, as with many podcasters, trying to do everything myself.

Professionals can get different aspects of podcast marketing handled for them, but for the hobbyist podcaster I would say to put your effort either into the thing you know really works for your type of show, and/or the thing that you enjoy doing – there are too many social media networks, etc. out there and it’s very hard to have a presence on them all without sacrificing huge chunks of your days, and I’m sure we all have other things we need to do!

While I am under no illusions that I have only scratched the surface with SEO, I also know that I know a lot more now than I did when I started – for example making sure that pictures, links etc all have the relevant attributes, filenames and titles etc.

Other than that I don’t wish I’d known anything else when I started – it’s been fun finding out as I’ve gone!

Depending on your type of show as well, what works for one person might not for another so it’s always best to experiment with everything yourself – so if you’re reading this and thinking about starting a podcast, don’t wait, start today!

If you are looking for some of the best music created in bedroom studios, the Unsigned EDM Podcast is just for you!

If you just wanna start RIGHT NOW!!! then we totally have your back. We’d love for you to host your podcast with us!